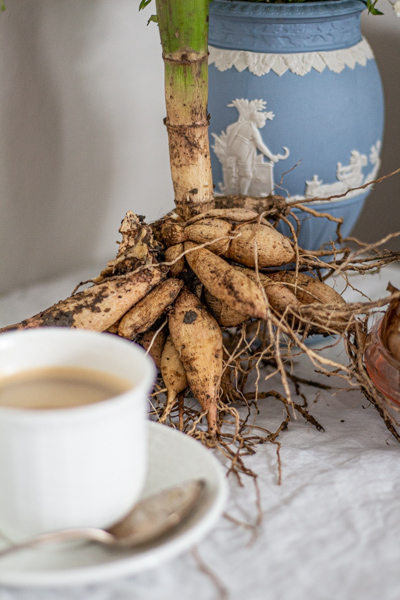 The growing season is long here in Ventura, but it doesn’t last forever. It’s November now, and the dahlias are well and truly done blooming. It’s time to pull them out and prep the flower bed for winter.

Prepping The Dahlias for Winter

Technically, I could just overwinter my dahlias in the ground here. It doesn’t freeze, so the tubers would be fine. I find, though, that the flower bed benefits from a good clear-out at least once a year, not least because I tend to be pretty bad about pulling weeds during peak growing season. To facilitate that, I like to dig up the dahlias and overwinter them in the shed.

Taking out the dahlias is easy enough. I trim off the tops so that the existing growth is no longer than about 4 inches. Then I gently dig them up with a pitchfork. I prefer using a pitchfork instead of a shovel because it loosens the soil more and is less likely to damage the delicate dahlia tubers. After I dig up the dahlias, I brush them off and then put them in a box, where they will spend the winter in a nice, cool, comfortable state.

After I pull up the dahlias, everything else comes out, too. The other plants in here are mostly annuals that I stuck in for a little bit of color. They’ve stopped blooming and have gotten rather spindly. Those will all go in the green waste bin.

Now to think about what I’m planting for winter time. I have a box of daffodil and iris bulbs that I’ve been hanging onto for a couple years now. While I’m not sure any of them will still bloom if I try to plant them, I’m going to stick them in the ground and see how it goes. Because winter is such a mild season here, I’ve got to get the bulbs in the ground pretty quickly so that they get as much coldness as possible.

If you get a lot of snow, this is probably not the plan for you. If, however, you’re like me and growing in USDA zone nine or ten, you might find some of these ideas helpful.

Pruning Some Roses A Bit Early

Ordinarily, I wait to prune my roses until January. After that January pruning, I’ll wait to feed them again until springtime, which will force a dormancy period. Otherwise, the winters here are so mild that the plants would just keep growing and never rest.

There’s just one problem with that plan: as you can see, my two icebergs in the backyard have gotten so big that one of them fell to the side. It’s now blocking the walkway. I let it stay there for a while until the last flush was over, but then I knew I had to do something.

So I’ve decided to prune these two a little early. You’ll notice the David Austin in the middle, the glorious Tamora, isn’t getting a winter haircut just yet. That one can stay put until regular pruning season, especially because I just transplanted it earlier this year.

Here’s a short list of my favorite tools if you’re heading into your first pruning season. These are affiliate links, which means if you choose to buy something through these links, I’ll receive a small commission at no extra cost to you. I will always identify affiliate links for you. Thanks for supporting my work! 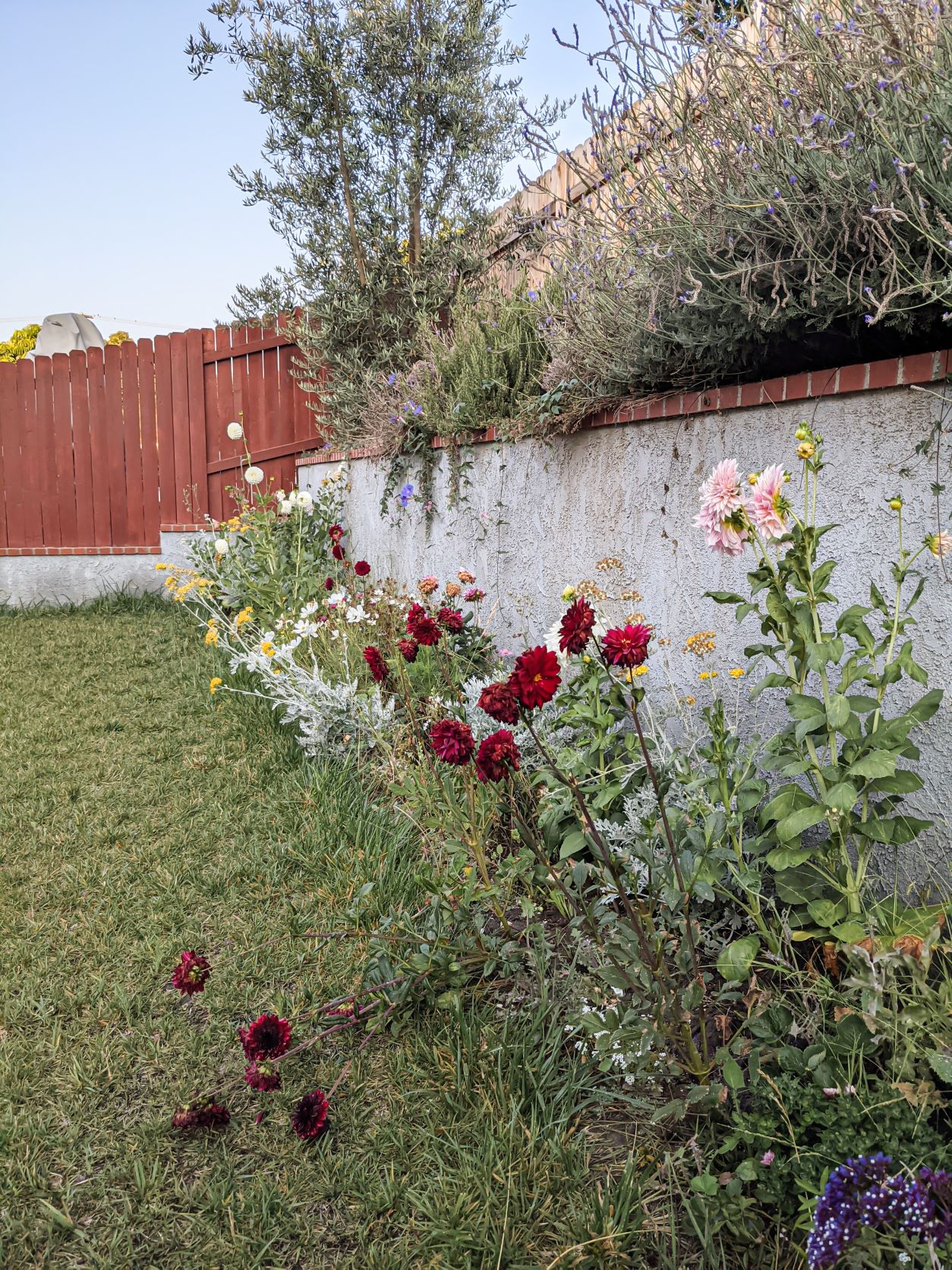 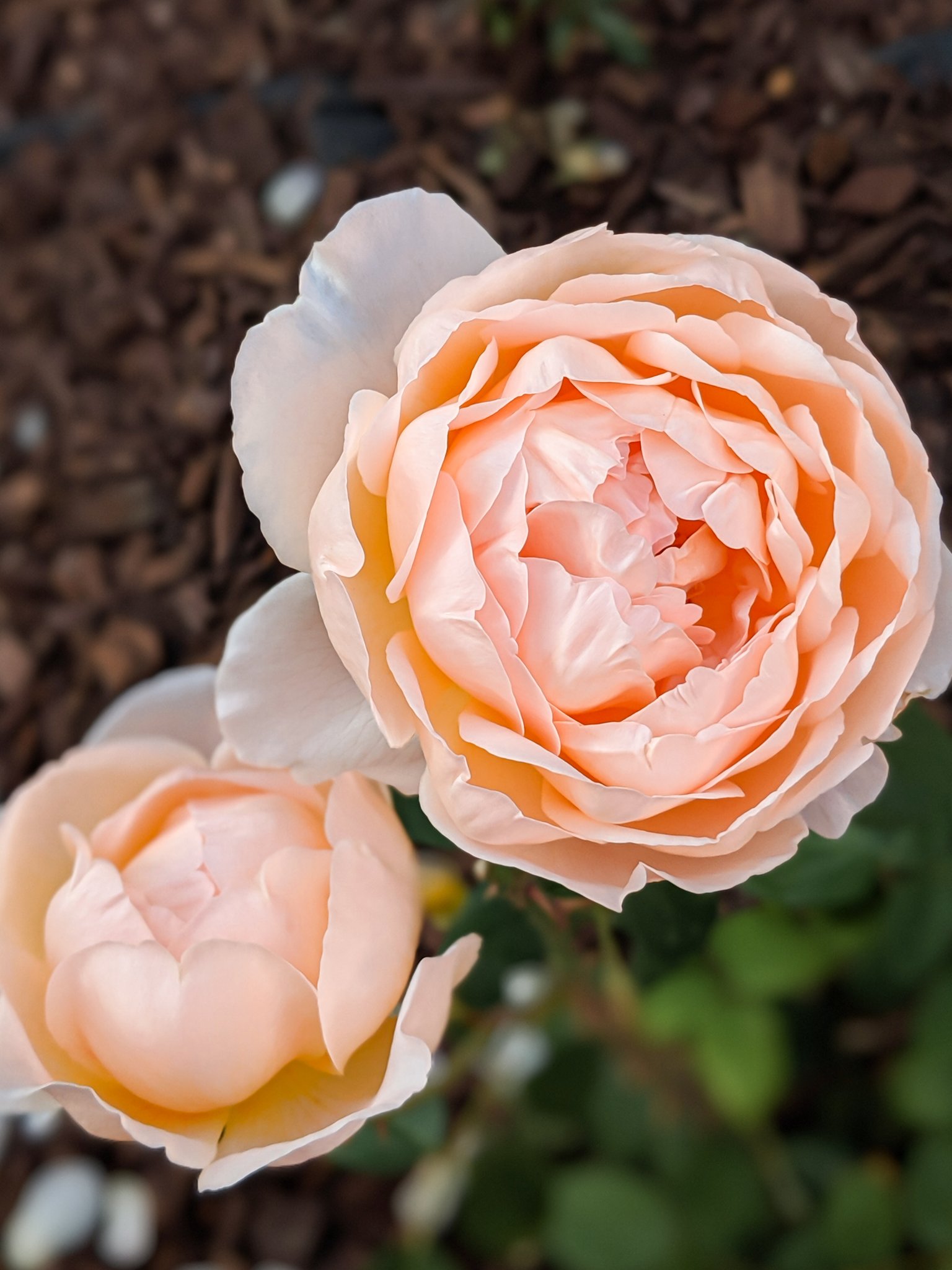 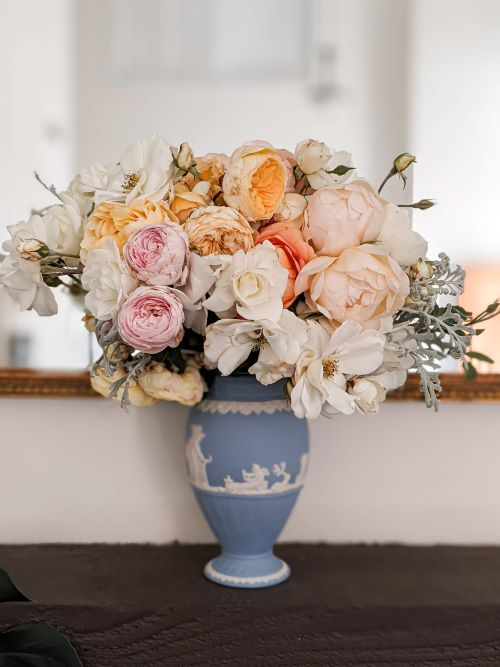