On Learning How To Be More Creative 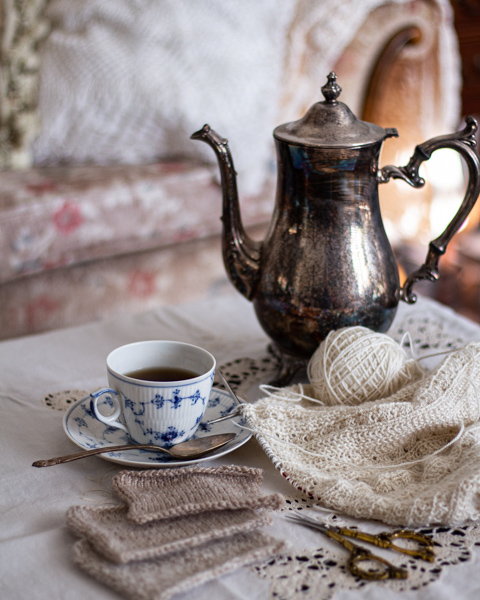 When I first started designing knitting patterns about four years ago, I thought that creativity was something innate. I thought you were born with it, or else it was something you’d always struggle with. The last four years have taught me, though, that in fact you can learn how to be more creative.

I’ve been on a journey since leaving law practice to nurture my creativity more. I pushed it aside for so many years, but now it feels like creative practices are part of everyday life.

It wasn’t always like that. I had to take intentional steps to make room for creativity in my life. Some of them are obvious, I think, but some are a little counterintuitive. I thought I’d share some of the helpful things I’ve tried in case you’re on the same journey.

Make Sure To Get Some Rest

We have a weird workplace culture in the US (probably elsewhere, too, but I’ve only ever worked here!) that really valorizes sleep deprivation. People talk so much about how little sleep they get and wear it like some badge of honor. Obviously, if we’re so busy we can’t even sleep, we must be very important—or so the thinking seems to be.

But it turns out creativity thrives in a well-rested mind. I learned this one the hard way.

When I was practicing law full-time and also taking care of a toddler who wasn’t sleeping through the night yet, I was running on fumes. It didn’t leave me much mental bandwidth to explore my own creativity. Occasionally I would have flashes of inspiration that were so overpowering I couldn’t ignore them, but for the most part, I was mired in the muck.

That’s a big part of why my design output those first couple years was so slow. I wasn’t resting my brain enough to give it the time and space it needed for creative thought.

So as much as you can, prioritize sleep. Let your brain have some rest. That rest will refuel it and re-energize your creative powers.

This is one of those things that might seem counterintuitive. If you’re the sort to think of creativity as this flash of genius that strikes when it’s ready and not a moment before, the idea of practicing to build your creativity might seem strange. Practice is so regimented and structured and sometimes even rote.

But it turns out that practice is key to growing your creative skills.

If you want to learn to make beautiful music, you first need to master your instrument. To take inspiring photographs, you have to practice with your camera until you are deeply familiar and comfortable with it. Before you can paint artwork that helps you feel alive and expansive, you need to practice playing with brushes and pigments.

But remember, it’s just practice. Don’t be a perfectionist about it. Don’t insist you have to practice for a certain amount of time each day. Just practice. Create a routine, and go for it. As much as you can, whenever you can, in little snippets here and there if that’s what you have time for. Just keep practicing.

Seek Inspiration In Both Familiar and Unexpected Places

When we are trying to grow our skills in our chosen art space, it’s easy to look at other people in that same space for inspiration. That’s a good starting point, but it can’t be the end of your inquiry.

Because of that, I don’t follow just other knitting designers on social media. I follow photographers, interior designers, historians of material culture, painters, museums, and so many more sources of ideas and exploration.

For a while there, I was obsessed with the embroidery on 18th-century men’s waistcoats, and I still have an entire folder of saved images of my favorites. That informed my aesthetic decisions when taking pictures of my knitting. The same will be true for you. When you look at what other people in other spaces are doing, you’ll find inspiration that you can translate into your own expressions of creativity.

To Learn How To Be More Creative, Allow Yourself To Fail

I’m a recovering perfectionist, which I’ve written about before, so I know how difficult this one can be. Allowing yourself to fail is one of the most difficult steps for some of us in learning how to be more creative.

But creativity never springs fully-formed like Venus from the sea foam. It’s more like molding dolls out of clay. You’re going to come up with some rather oddly-shaped and lumpy forms before you get to something that feels right.

So give yourself time and space to make mistakes. One of the things I love to do is to set aside a day for experimenting with my camera without any plans for the photographs afterward. I’m not trying to take pictures for my social media or for a new pattern release or for a blog post. I’m just taking pictures for the fun of taking pictures.

Often times, they turn out completely unusable. And that’s all right! That was the plan. I hadn’t intended to use them for anything anyway. If it does occasionally turn out that I have a usable photo or two from the experiment session, so much the better! But that’s always a happy surprise, and not the intended outcome.

If you give yourself space to fail without expecting immediate successes, you can sometimes be surprised by the end result. And if you aren’t, you haven’t lost anything or feel like you’ve wasted time, because the whole point of the experiment was to fail and fail spectacularly.

Refine And Reiterate To Hone Your Creative Voice

When I was a high school student, one of my English teachers liked to remind us that sonnets are really cool because there’s almost infinite expression within very rigid rules. As I started experimenting with knitting design and photography, I found that that was also true for my processes.

When I set parameters for myself, and then let myself play within those parameters, I sometimes find untapped creativity and sources of inspiration. The other day, for a photography class I’m taking, I had to take portraits of eggs. Eggs aren’t something I would usually think about taking pictures of, but having that restriction forced me to think more creatively about the other parts of my photography process.

If I couldn’t change my subject to something I was more familiar with, what could I do to make the photographs feel more comfortable to me? How could I tweaked other aspects of the pictures to feel more like my work? It was a fun experiment.

Anyway, here’s my favorite photo from that session. It was pretty fun, and a nice opportunity to stretch outside my comfort zone.

Learning to be more creative isn’t about having to become a Michelangelo-level artistic genius in 48 hours. It’s a process of growth and exploration, one that never ends, but one that thankfully also has infinite room for discovery and growth. If you’re never done, you’re always learning and growing and improving. What an exciting and expansive opportunity. 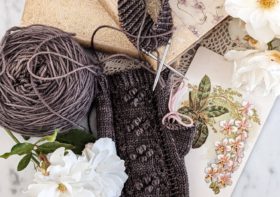 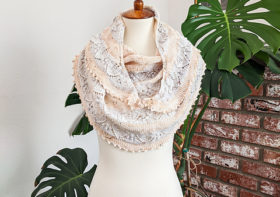 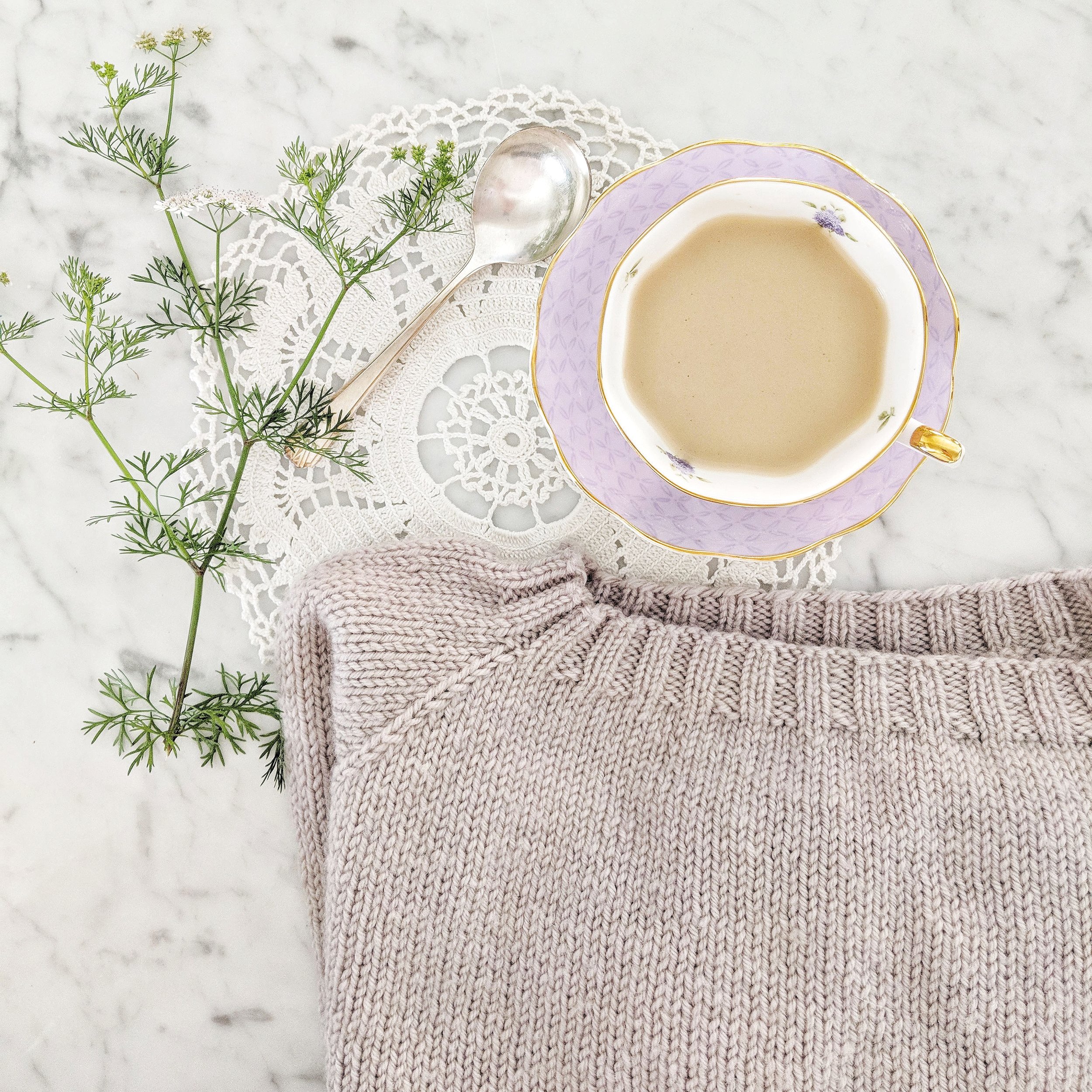 Knitting in Public: All The Odd Places I’ve Stitched